My 17years old and hers, super huge difference!


Goodness!!! She got NOBEL PEACE PRIZE when she was 17!
What made her a laureate when she's just 17? She was just a teenager, wasn't she?

Well, yes she was a student, a student who had her head gun shot by Taliban when she was 16!
I was dropping my jaw when I watched her documentary.

Malala, a young girl from India who fights for children's education rights. She was brought up in India, a country where education is tough to obtain. Even if they are allowed to study, they have to do it secretly. During her fight for children education, she got shot in the head by Taliban after successfully obtain global attention on her. She was then being rescued and brought over to another country。

She believes that "one child one teacher, one book, one pen can change the world". This shows how bad is the education system in India and how hard she had fought for it. It was really an inspiring story to me. We have taken education as granted. But, look at how hard she fight for children in India.

So, question now... how did I know this brave girl? Not youtube, not google though.
（I didn't even bother to know what is Nobel Peace Prize =.=)

The answer is.... Nobel Peace Centre!

If you happen to visit Oslo, it's a place that you MUST GO IN! It presents on Nobel Peace Prize laureates' stories. I was not aware of the Nobel Peace Prize until I paid a visit there. I personally feel that this is the best indoor attractions as it's really inspiring. Reading the stories of each of everyone of the laureates made me understand that how blissful I am. 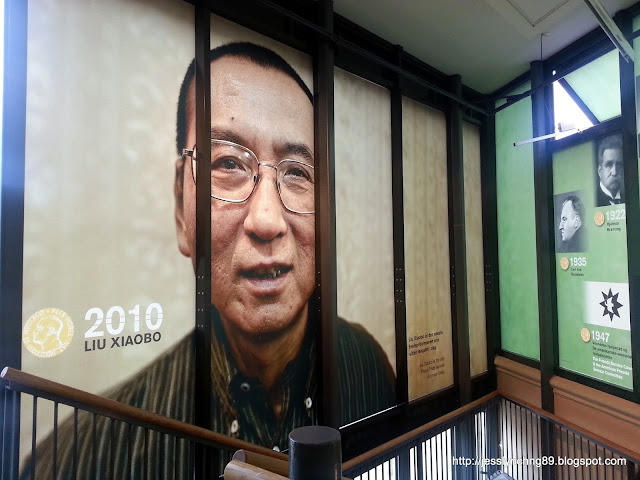 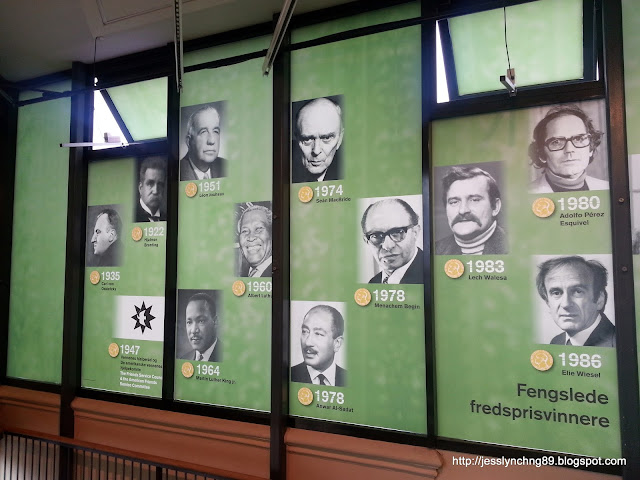 Pay a visit here if you are in Oslo! Don't miss it! It's worth!
Written by Justbejess at 23:24

更多實在的營養知識請點擊這裡！ Join us for REAL NUTRITION！

Get your SGD33 Travel Credit here!

SGD8 off for your first ride!